First, a couple of things that happened since my last post. For one, another Game Music Bundle happened (which was underwhelming). And then iTunes Store expanded to Music and Films in a few countries, including Russia. And I am still amazed how Apple manage to make one thing right and then completely fuck up ten other things.

Now onto actual album coverage! As usual, a lot of cover art follows.

The Very Best of Enya (Remastered) — ★★★☆☆ — iTunes
As I’ve been poking iTunes Match, I decided to bring up some old rips of Enya albums. And while I was at it, I bought this album to fill the gaps of missing songs, since I wasn’t paying any attention to her career lately. Not bad album, lots of remastered tracks. But it is crazy how many different versions of the same album you have on iTunes Store!

Not Your Kind of People (Deluxe Version) — ★★★☆☆ — iTunes
Not the best album, but I still like a couple of tracks, such as Blood For Poppies and Beloved Freak. Also of note is that this is actually the same as regular version of album everywhere in the world and moreover, doesn’t contain Love Like Suicide

88:88 — ★★★☆☆ — Bandcamp, iTunes
Found this album just because A Glowing Light, a Promise was a theme for Game Music Bundle 4 launch trailer. Sadly, the rest of the album was rather lacking.

Holiday Gift — Single — ★★☆☆☆
This was a part of annual iTunes New Year giveaway. And as you can imagine, it wasn’t all that good.

六弦アリス 初期Best — ★★★☆☆
This was the only album they released last year and even then, it’s a bunch of old songs with new arrangement. And to be honest, it isn’t very good: their new direction of more lyrical and melodic performance doesn’t quite stack up with grittier, speedier early approach. The only new version that I liked, was 覚めないゆめ、無力な僕ラ.

不思議の国の音哲樂 まやかし篇 先見 — ★★★★☆
A new single that was released at last Comiket on December 31st, as usual. Again, as usual, this is pretty much a preview of what to expect from the upcoming album further down this year.

未来日記インスパイアードアルバム Vol.2 ~因果律デシベル~ — iTunes
This one was random. Found it on iTunes store by chance. No rating for an album, because I got only one track, but it seemed to be ok.

R.E.D — ★★★★☆ — iTunes
Another random song I’ve found on iTunes by chance and it was pretty good.

Game Soundtracks
Again, a lot of game soundtracks thanks to Game Music Bundle. Mostly chiptunes (which I’m getting tired of), but there were nice things too.

Adventures in Pixels — ★★☆☆☆ — Bandcamp
Very average chiptune album. Best thing was that I listened to one track and got friend request by benlandis. Weird and creepy, but neat… I guess…

Cheap Dinosaurs
Chiptunes. Sounds nice, but I haven’t heard it completely, so can’t say anything about it right now.

Space Rubbish OST
Also chiptune-y, some songs have nice vibe about them, but didn’t listen to the whole thing yet.

Shoot Many Robots — Bandcamp, iTunes
Didn’t listen to that one either, but for once it’s not a chiptune album from Disasterpeace. So far it sounds ok.

Spelunky — Bandcamp
This one wasn’t so bad so far

Dear Esther — ★★☆☆☆ — Bandcamp, iTunes
Well, that one was a disappointment. I’ve heard a lot of nice things about it and it was on my wishlist for a while. But now that I’ve listened to it, it’s pretty dull and everything sounds the same.

Indie Game: The Movie (Soundtrack) — ★★★☆☆ — Bandcamp, iTunes
This one is actually pretty sweet!

The Scythian Steppes: Seven #Sworcery Songs Localized for Japan — ★★★☆☆ — Bandcamp
This is a collection of remixes from Sword & Sworcery LP — The Ballad of the Space Babies made by some very famous artists, such as 山岡 晃 (Akira Yamaoka)

Frozen Synapse Red — ★★★★☆ — iTunes
Nice album. Not as good as original Frozen Synapse Original Soundtrack, but still. Sadly, I think it only comes with addon for the game and couldn’t be bought separately.

Alexander Brandon, Big Giant Circles
Deus Ex Siren Synapse OC ReMix — ★★★★☆ — OverClocked ReMix
You can get this track for free and you should get it, because it’s awesome!

Skyrim (Main Theme) — ★★★★☆ — Joypad Records, iTunes
This is a nice remix of the original.

Dino Run SE
Another chiptune album. Not very good from what I’ve heard so far.

POP: Methodology Experiment One OST — iTunes
Yet another chiptune album. Nothing special so far.

Hotline Miami: The Takedown EP — ★★★☆☆
This one is interesting, because it’s only a part of full Hotline Miami soundtrack album, which was brought to Game Music Bundle 4 as a bonus by Scattle. Nice electronic swing music. Or something like that.

Music from and Inspired by the Video Game Super Amazing Wagon Adventure
That’s one mouthful title for such an average chiptune album.

S.P.A.Z. Official Soundtrack
Couldn’t find anything worthwhile on this album so far.

Bits With Byte — ★★☆☆☆ — Bandcamp, iTunes
As you could guess, this is another chiptune album with nothing special inside.

Chiptopia: The Best of 8 Bit Weapon & ComputeHer — Bandcamp
More of the same.

Joypad Powerup
This is actually a collection of remixes of various songs from various big games performed by various artists.

Handheld Heroes Volume One — ★☆☆☆☆
This is yet another chiptune album. The catch is, there’s a lot of 8-bit dubstep tracks in it.

Pixeljams Volume 1
A bunch of electronic music. Some of it was ok.

Today, on this hot sultry day, I have a couple of hours to share my thoughts on bunch of music I got in last half a year. Most of it was from wonderful Game Music Bundle, but I also got some other interesting stuff. So, let’s start with it.And as alway…

It’s been another six months or so and I’ve got a bunch of new music, so here it goes with my comments and ratings where applicable.MezzamoSouvenir — ★★★☆☆ — BandcampNice new album with some good songs, but overall it’s only OK.Miracle Of Sou… 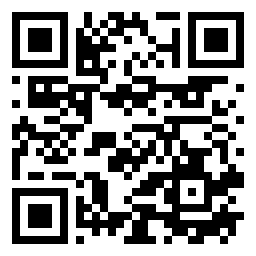